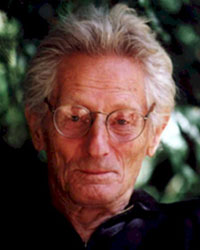 Maverick neuroscientist John Lilly was best known for his work on interspecies communication [Day of the Dolphin (1973)], and sensory deprivation tanks [Altered States (1980)], undertaken while on copious quantities of psychedelic drugs, notably LSD and ketamine.

In the early 1950s, Dr Lilly was working at the National Institutes of Health. A division director, his credentials were so impressive he was called "a walking syllabus of Western civilization". Dr Lilly placed 600 tiny sections of hypodermic tubing in the skulls of monkeys, inserted electrodes inside the tubes; and then ran them to different regions of the monkeys’ brains. By these means, Dr Lilly was able to identify the neural substrates of pain, fear, anxiety, anger, and sexual arousal.

The CIA were intrigued. Their investigations of mind-control are described in The Search for the 'Manchurian Candidate': The CIA and Mind Control (1979) by John Marks; and in George Andrews' MKULTRA: The CIA's Top Secret Program in Human Experimentation and Behavior Modification (2001).

In one of Lilly's experiments, a monkey with access to a simple switch stimulated himself to produce virtually continuous orgasms, at a rate of one every three minutes, for sixteen hours per day. As Robert Heath demonstrated, sustained orgasmic pleasure is feasible in humans too.