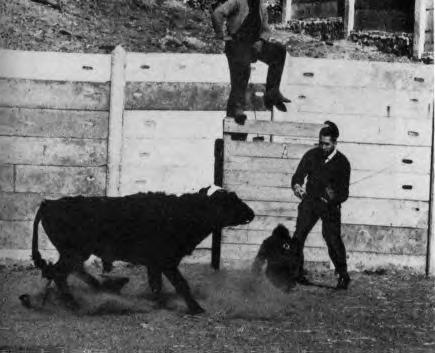 
"The individual may think that the most important reality is his own existence, but this is only his personal point of view. This lacks historical perspective. Man does not have the right to develop his own mind. This kind of liberal orientation has great appeal. We must electronically control the brain. Someday armies and generals will be controlled by electric stimulation of the brain."
Dr José Delgado,
Director of Neuropsychiatry
Yale University Medical School Congressional Record,
No. 26, Vol. 118 February 24, 1974

Dr José Delgado began his investigation into electrically stimulated pain and pleasure in Spain during the 1930s. He later became Director of Neuropsychiatry at Yale University Medical School, where he refined the design of his remote-controlled "transdermal stimulator". Dr Delgado discovered that a whole range of emotions and behaviours can be electrically orchestrated in humans and non-human animals alike. The individual has no capacity to resist such control if stimulated.

Dr Delgado had great faith in his technology. In one famous experiment conducted in Spain, Dr Delgado confronted a charging 1,000-pound bull. As the horned animal lunged towards him aggressively, Dr Delgado used a radio signal to activate an electrode implanted deep in the bull's brain. The bull was brought to a halt at Delgado's feet.

In Journey Into Madness, The True Story of Secret CIA Mind Control and Medical Abuse (Bantam Books, 1989), Gordon Thomas, the former BBC producer, foreign correspondent and investigative journalist, relates how "Dr Gottlieb and behaviorists of ORD [Office of Research and Development, CIA, Central Intelligence Agency] shared [Dr.] José Delgado's views that the day must come when the technique would be perfected for making not only animals but humans respond to electrically transmitted signals" ... "Like Dr Delgado [Yale University], the neurosurgeon (Dr Heath of Tulane University) concluded that ESB [electronic stimulation of the brain] could control memory, impulses, feelings and could evoke hallucinations as well as fear and pleasure. It could literally manipulate the human will - at will."